Western Mass' Deep Wound is a early hardcore punk band that formed in 1982.  Always pushing the boundaries, these guys played faster, rawer, and more intensely than any punk band of that time, aside from Siege, who Deep Wound had the pleasure of releasing a 7" with in 1983.  Sadly, the band didn't last long enough.  Surprisingly, two members, I believe the guitarist and the drummer, went on to form the always-great Dinosaur Jr!  Enjoy these classics from Deep Wound below.  DIG.
-For Fans Of:  Negative Approach, Minor Threat & Larm
Self Titled 7" (1983)
Download 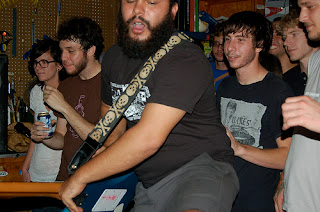 Brainstorm was a sick as hell punk band from Florida. This post and the one below it go hand in hand. These dudes didn't last too long... as this band. They have one demo, that is fucking sick, with all three original members., after that they switched their name like a thousand times before deciding on Chronic Youth. From what I can remember the second demo below is right before the name change but it is the two remaining members of Brainstorm that went on to play as Chronic Youth (guitarist and drummer). Both of those are below. Brainstorm played a chaotic heavy mix of punk. Really awesome shit! I talked to one of the members a while back through myspace about setting up a show up my way and he was super nice which makes them cooler, ya know! But anyways get on this shit! Dig! 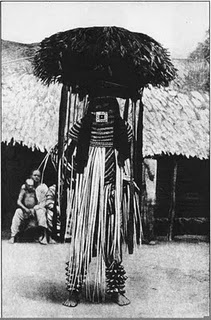 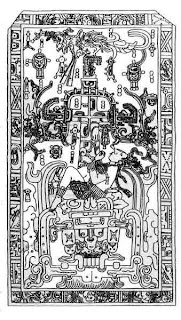 Posted by Cut and Paste at 8:19 AM No comments: 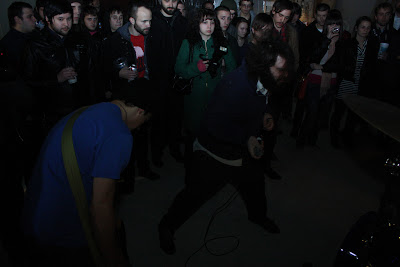 Chronic Youth...
I really know nothing about these guys except that they are a re-incarnated Brainstorm (see above) and are from Florida. Ooh and that they apparently love weed and are super noisy and rad. Dig. 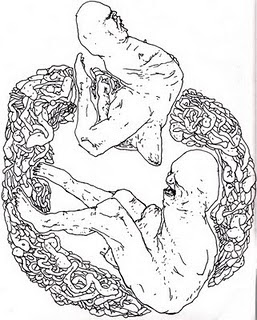 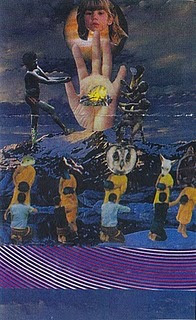 Posted by Cut and Paste at 8:18 AM No comments: 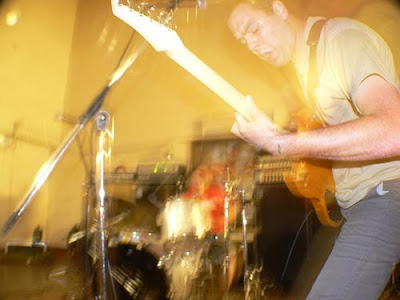 In First Person were a pummeling hardcore band from NJ, lasting from 2006-2009, being made up of such bands as The Assistant, You & I, This Ship Will Sink, and A Petal Fallen. I was lucky enough to see/play a show with these guys/girl and not only were they fucking amazing but awesome people as well. It's always the good bands with good humans who die first. Sucks! Anyways this band is awesome! All three members do vocals and their sound is emotional and crushing. Driving bass, deep layered guitar, and punishing drums. Really solid stuff going on here. Below is their 2006 Demo, Split 7" with Titan, split 12" with Storm The Bastille, and their amazing full length "Lost Between Hands Held Tight". They were on a few comp releases but I'm fairly positive those songs are on these recordings. If I'm wrong hook it up! DIG it baby! 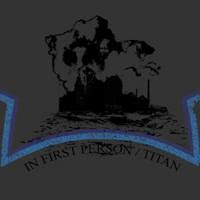 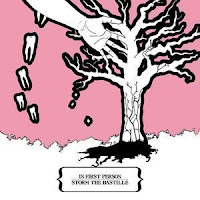 Lost Between Hands Held Tight LP
(The packaging is amazing!)
Download
Posted by Cut and Paste at 7:27 AM No comments:

New Jersey's own 97a is a fierce, thrashy hardcore punk band that plays at A.D.D speeds.  From 1994-2001 these guys owned the scene, ripping up every single show they played.  The band's energy is unbelievable and their songwriting is filled with passion and intelligence.  Pissed off, down-your-throat, in-your-face, thrash punk magic!  Below is everything I could find from them except for a 7 Seconds cover, which was their latest release.  Snag All Of This!  It's Insane!!! DIG! 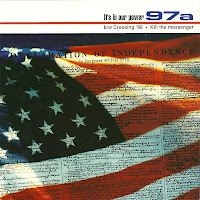 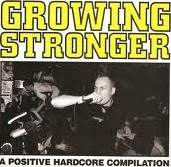 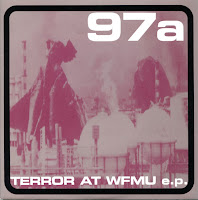 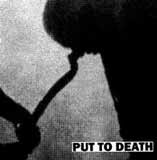 What happens when you mix the creative minds of Mind Eraser and Hatred Surge members?  Put To Death!! These dudes play a fuckin' ridiculous blend of face-punching, lightning-fast, ballz-to-the-wall, brutal powerviolence awesomeness!  This Self Titled 7" is straight-up pulverizing, just like everything else released from Painkiller Records!  Mean as Shit!  Holy Hell! Snag this up now.  DIG!

-For Fans Of:  No Comment, Vile Intent, Crossed Out & Scapegoat

Posted by Cut and Paste at 1:37 PM No comments:

The Now was a technically challenging screamo-core band out of the NJ/PA area.  Spastic and Sludgy with some breakdowns.  Tasty as hell!  Schedules clashed with the members due to the fact they were still actively playing in other bands such as Neil Perry, Joshua Fit For Battle, Welcome The Plague Year, Get Fucked, A Life Once Lost, Hot Cross, etc...  Sadly The Now was short lived, only having one release, a Self Titled CDep/10" on Robotic Empire.  Snag everything below and DIG.

Posted by Cut and Paste at 1:17 PM No comments:

I Am The Resurrection 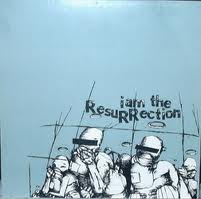 Split LP with Off Minor (I Am The Resurrection tracks only)
They formed, they slayed, then crashed and burned like a Molotov cocktail. New York's I Am The Resurrection were a short-lived scream-o band who formed in either 2000 or 2001. According to Last fm, they went through three drummers, drank tons of booze, and lost a member on tour. They did a split LP with screamo superstars, Off Minor then vaporized themselves. Judging from their lifestyle, I can't say I'm surprised. It's major bummer these guys didn't last, but the 7 songs on the split are fast, angry, and intense. If you're a fan of the genre this is a must have.
Members went on to form:  Gospel, & Woods
For fans of: Neil Perry, Off Minor, & Get Fucked 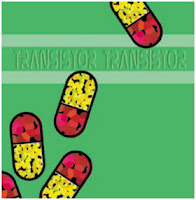 Cut The Shit is a rowdy hardcore punk band from Boston, Ma.  Thrashy, fast, pissed off and straight to the point.  Members also spent time shredding in Tear It Up, Bones Brigade & Poison Control to name a few.  The vocalist is currently playing bass in the punk super-group Failures and other members formed Confines out of Massachusetts as well.  Fucking rad as hell!  If you haven't indulged, You are definitely missing out.  This Band is flat-out CLASSIC!  Below I posted the Marked For Life Collection CD which includes their Marked For Life 10", Bored To Death 7" & Self-Titled (single-sided) 7", along with their debut LP titled "Harmed and Dangerous."  DIG IT....MOFO's

Harmed And Dangerous LP (2003)
Download
Posted by Cut and Paste at 4:51 PM No comments: 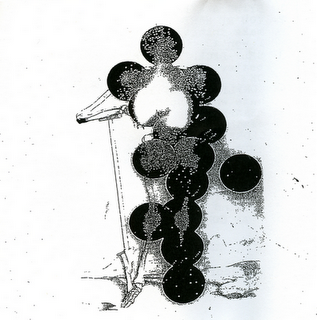 ﻿This one is not for the light hearted. Blown out guitar, faded screaming, and unearthly in every dimension. This one is for fans of the lowest of lo-fi blackened noise metal punk. It has to be called that because it isn't either black metal or punk. This is a hybrid of both genres which grips onto you and drags you through the mud. Once you're in, you're in. Euthanizer is deep and violent and depressive and excellent. Like I said though, for fans of harsh noisy barely digestible black metal/punk. You have been warned. Below is their "self-titled" demo tape and the more recent "Permanent Damage" tape. Youth Attack is releasing the "Human Error" ep sometime in the future as well. Dig... if you can. 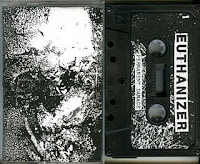 Permanent Damage cs
Download
Posted by Cut and Paste at 8:27 AM 3 comments: 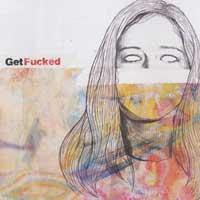 Dropdead is a hardcore punk band from Providence, RI.  Mixing elements of thrashy crust punk, d-beat and powerviolence, these dudes have been making a dent in the community since 1991, especially with their strong beliefs in subjects of animal rights, veganism, anti-war and pacifism.  Dropdead is one of my all-time favorite bands, and still continue to blow my mind!  Brutal, Heavy, Dirty, Fast, Crusty, Awesome!  Below, I posted everything I could gather from these thrashers.  Enjoy the jamz.  Dig.
(NOTE: The Early Discography 1991-1993 includes tracks from their Self-Titled LP, Self-Titled 7", Split 8" w/ Rupture, Split 5" w/ Crossed Out & a few Compilation tracks.)
-For Fans Of:  Charles Bronson, Siege & MK-Ultra

Look Back And Laugh Split 7" (2004)
(Dropdead Tracks Only)
Download