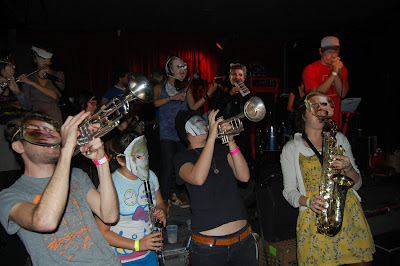 This group of musicians based out of Brooklyn, NY play a fun mix of pop and ska that will make you want to dance awkwardly while singing along to their tunes. The Eskalators are a 13-piece band, but have been known to play with as many as 18 people live. Uncommon instruments such as a glockenspiel, saw, djembe, rainstick, and pump organ appear in their songs along with more common sounds like guitar, drum, and bass. Even though their last release was Cats and Dogs, Living Together in 2009, The Eskalators are still rocking. Sometimes even in a New York subway. The odd performance got them some spotlight in a few of the local newspapers, but it will never top their first show which was a played on an escalator in the mall of America. The Eskalators are super fun and weird. Now download the links below and have a good time. 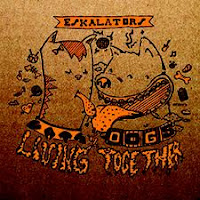 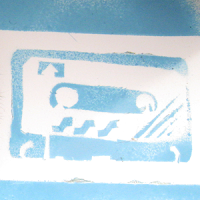