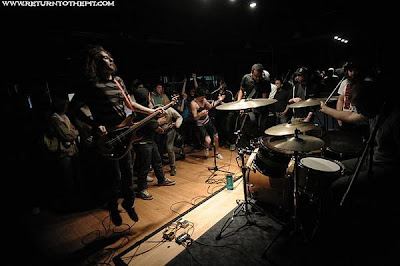 REPOST! Capsule is by far one of the best bands out right now. Super techy, chaotic, punk. These dudes have it all! Amazing guitar and bass work, great dual vox, and some of the best drumming I have heard... ever! They switched up the line-up recently and are rocking two guitars now. Eric of Kylesa fame, Shitstorm fame, etc, etc, has moved from drums to bass and Ryan (former bassist) now plays guitar. Their new drummer is a fucking beast too so don't worry about the switch up. If anything the dual guitar works to their advantage. Basically Capsule is on top right now for sure. Some of the most solid dudes around too which makes them that much better! Snag all this shit up and support, support, support! Buy their shit now! Below is their  Tape+Demo+Tour+More LP  that was released by Robotic Empire that has all of their previous work before the Blue LP. It has on it their Demo, Voluminant EP, the songs off the split with Devices, and a rare Tour EP. Below is also their Blue LP, which is balls to the wall insane, the song off their split 7" with Furnace, their LP No Ghost, and the most recent EP titled, [A]. Get the fuck on this now! DIG!!! 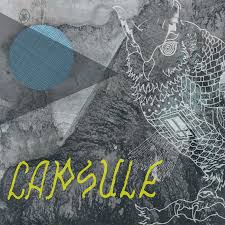 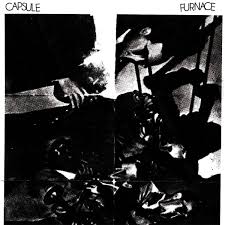